Geoffrey is a hanging robot which just wants to have a conversation. It attempt to evoke empathy by meeting your gaze and matching your height when it sees you. It strikes up a conversation with you on its little screen, though it tends to be rather nervouse.

This was originally created during an Intel Perceptual Computing hackathon where Geoffrey won grand prize. The screen and motors are driven from an Arduino Mega, The camera is connected to a computer which uses Processing and the Intel Perceptual Computing API to do face detection (for the person-finding) and speech recognition (for the conversationing). 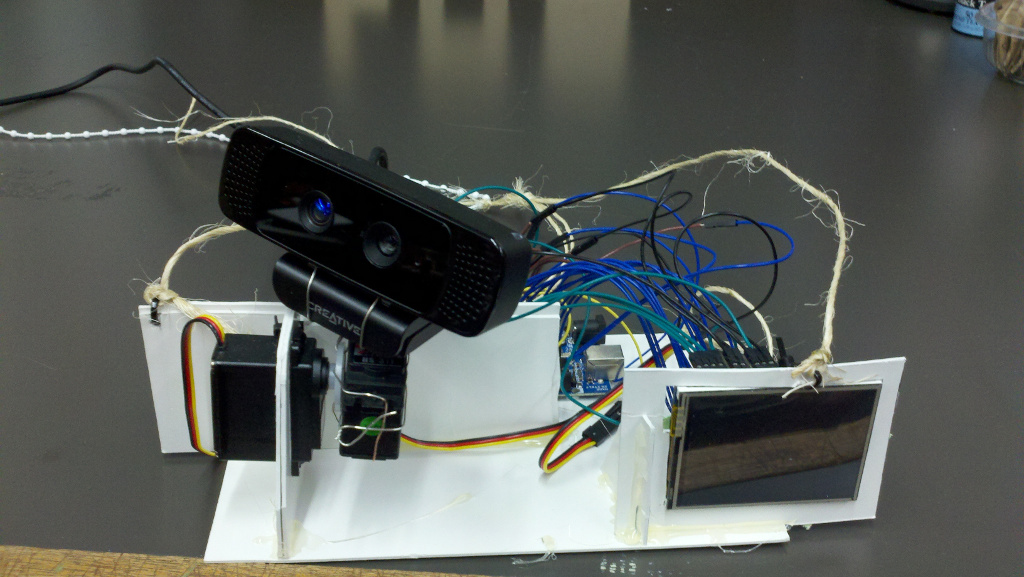