A large tree with a canopy made of 180 ultrabooks designed to highlight the power, connectivity, and ease-of-use of Intel's Ultrabooks. Users interacted with tablets at the base of the tree to create custom flowers, and those flowers went up into the canopy and were shown floating across all the screens above.

There were also a number of pinwheels along the side which, when blown, would show the various Ultrabook products smoothly transforming between laptop and tablet mode.

I worked as a Developer on this project: 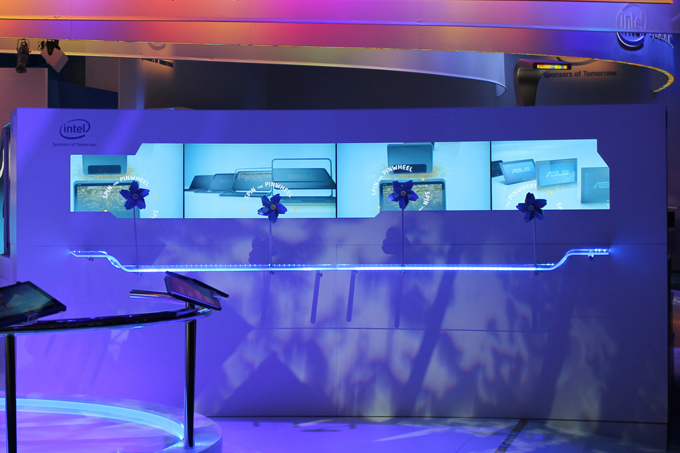 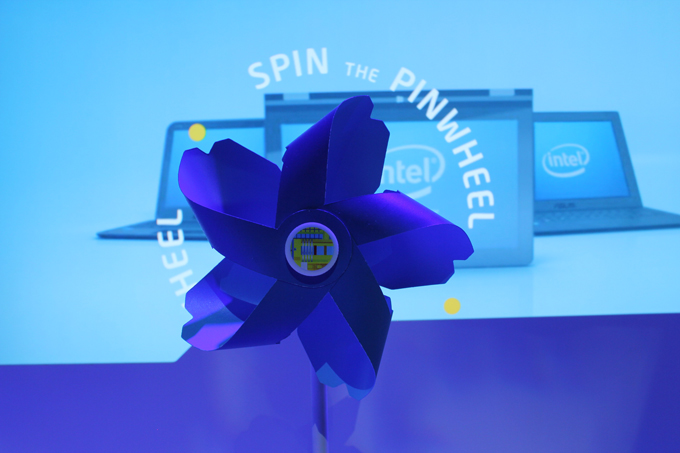