Starwood Retail wanted the LAB at Rockwell Group to create a series of digital interventions in a few malls that they were revitalizing and renovating. The LAB decided to take the “parkscape” theme that Starwood was using for the general brand image and turn it into an interactive and physical installation in the central atrium of this mall.

The installation included lighting, benches, planters, LED displays, and tablets. There are tall vertical displays which show trees swaying in the wind and changing seasons. The horizontal displays are constructed for people to be able to walk on them, and are integrated along with the seating. These horizontal pieces create a digital river that winds through the installation. People can use tablets scattered around to add fish, water lilies, or skip stones on the river.

I was a Creative Technologist on this project.

A significant part of the budget needed to cover the displays. I coordinated and set up physical and visual prototypes to decide what pixel density was acceptable for these displays. I also worked between the A/V team and the designers to identify and communicate which display sizes were available and which would work with our design, both from a physical and systems architecture perspective.

Generally I worked along the design team and coordinated with various vendors to assemble rough project pricing to make sure our concept would fall within budget. 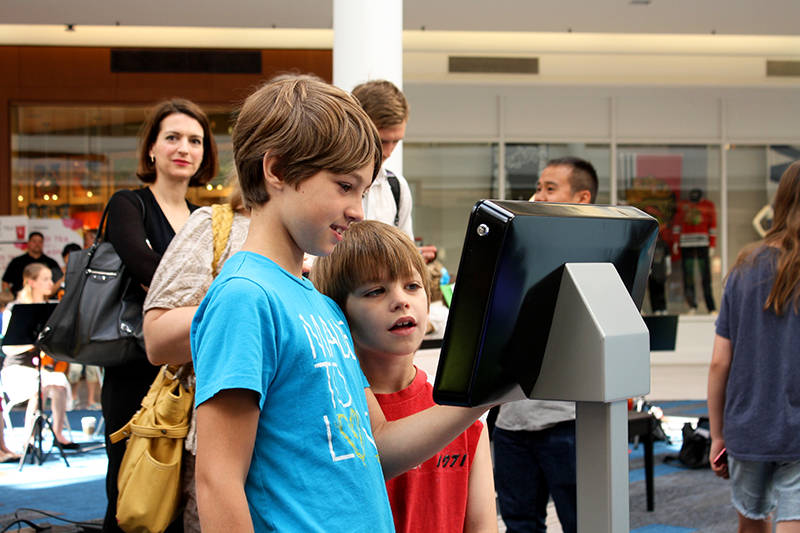 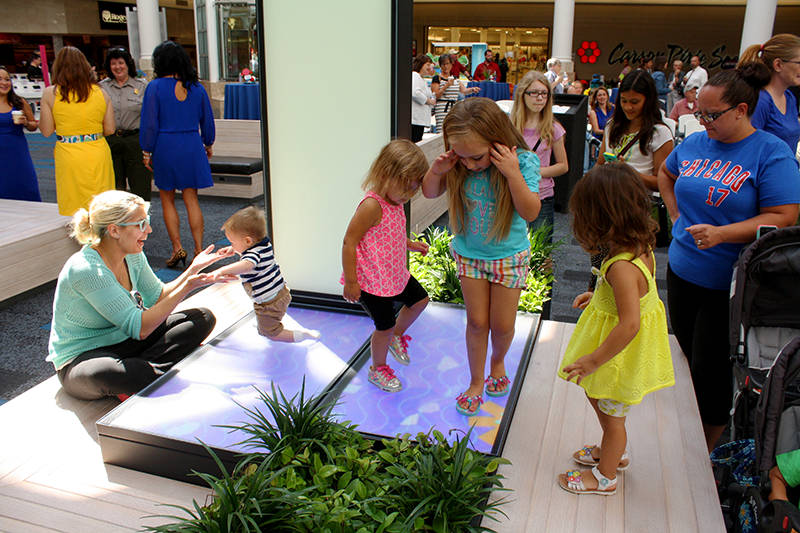